FAMRI’s mission is to sponsor scientific and medical research for the early detection and cure of diseases and medical conditions caused by exposure to tobacco smoke.

FAMRI does not support investigators who are currently receiving funds from the tobacco industry. Animal use in research is restricted to mice and rats.

FAMRI dedicates its accomplishments to the flight attendants who worked for decades in tobacco smoke-filled airline cabins. Read more>

Statement from the Executive Director 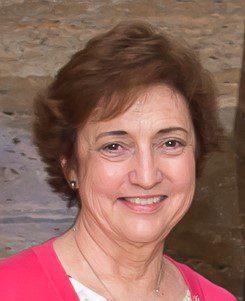 “It is not the years in your life that count; it is the life in your years.” ~Abraham Lincoln

In reading the history of FAMRI, we are given an understanding of how the tenor of our lives was revolutionized in 1991 through the determination of a “hardy band” of never-smoking Flight Attendants and Stanley and Susan Rosenblatt, who, as class counsel, brought a class action on behalf of these Flight Attendants against the tobacco industry in Miami-Dade County seeking justice for damages to their health and well being from flying in smoke-filled cabins.

FAMRI funds research to scientists, physicians, and Centers of Excellence at prestigious institutions worldwide and has created bridges for cooperation and collaboration among the projects it funds. FAMRI funding has resulted in over 4270 publications. New discoveries from the funded research have furthered understanding and diagnoses of the illnesses affecting the non-smoker from tobacco exposure. They have demonstrated promise in treating chronic and acute disorders relating to such diseases. Studies in early diagnosis have saved patients’ lives.

FAMRI’s Board of Trustees consists primarily of Fight Attendants who collectively have had over 150 years of flying experience in airline cabins. The Board is unique as it is hands-on in the activities of the Foundation. The American Institute of Biological Sciences (AIBS) conducts rigorous peer-review to determine the eligibility for scientific grant applications. A Medical Advisory Board made up of world-renowned physicians guides the Board in its grant-making decisions. From inception to 2016, FAMRI also used the expertise of lay advisors, individuals not possessing medical degrees, who have made positive contributions toward improving the health of their fellow citizens by helping to eliminate tobacco smoke in public places.

Included in that body were:

The Reverend Michael Crosby, Capuchin Friar (deceased), was active in pressuring tobacco companies to be more truthful and responsible. His work resulted in the elimination of tobacco product sales at CVS pharmacies.

Rita L. Zemlock,  who formed the nonprofit GASP of Miami, Inc. in 1976, worked to advocate for the protection of people from secondhand smoke.

Jack Cannon, former Treasurer and Chairman of the Smoking and Health Committee for the American Lung Association, and former Vice President of GASP of Florida, and